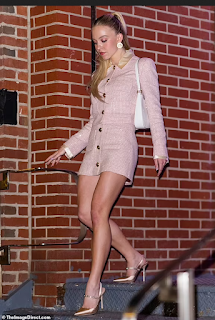 Normally I wouldn't write about Sydney Sweeney so soon after writing about her before but it's my blog, and if you don't like it why don't you start your own and write thousands of stories that almost no one will ever read.

Posted by Reverend Bobby at 4:30 PM

Sydney Sweeney is The Bomb 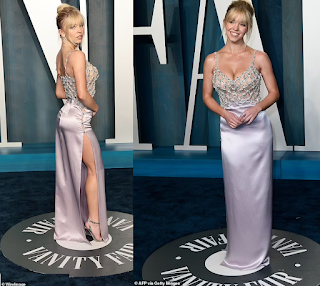 They said this was "Euphoria" actress Sydney Sweeney and every rule I ever had about women under 30 just went straight out the window. Holy shit she looks like an old school bombshell, like she just walked out of a 1950s style  "Attack of the 50 Foot Leeches" or something. Honestly I'm speechless. Suffice to say that I'm always willing to help a damsel in distress, whether it be leeches or giant alien pods or whatever in case you ever need somebody to do something like that for you Sydney.

Posted by Reverend Bobby at 2:03 PM 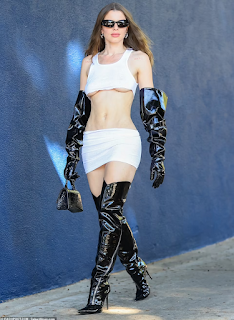 I was also not going to write about z-list has been Julia Fox anymore but she walked around in public dressed like a futuristic space hooker and I needed something to post so I figured why not.

Posted by Reverend Bobby at 8:36 AM

Kate Middleton is a Ghost 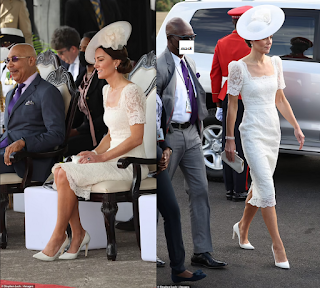 I wasn't going to write about Kate Middleton anymore but she was out dressed up like a sexy ghost and I have this weird thing about women wearing white (and polka dots). I'm sure there are a whole host of psychological reasons for this but I don't care what they are just so long as you keep doing that please.

Posted by Reverend Bobby at 8:30 AM 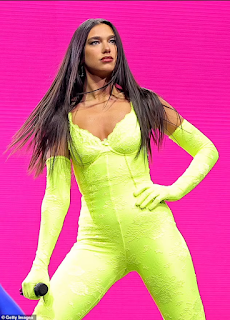 Dead eyed half-wit Dua Lipa lip synced her way through a Las Vegas performance in an outfit that the original source material described as "figure hugging" and "yellow" . I didn't see any mention of her music at all, although I guess I'm not really surprised. Why would anyone talk about that when she has tits she seems so willing to show you.

Posted by Reverend Bobby at 8:18 AM

Jared Leto is Weird. Kind of. 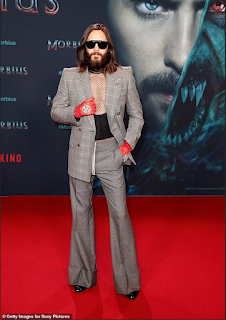 I don't feel like doing this anymore today so here's Jared Leto pretending to be weird somewhere because he's very desperately clinging to whatever fame position he was in 20 years ago. Honestly I haven't thought about him in at least 10 years so I guess that explains the red lace gloves, the hair, the sunglasses,  and the shirtless cummerbund. 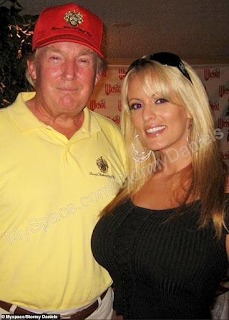 Poor Stormy Daniels. No matter which side of this you're on, you have to admit this poor women got screwed over big time. She got taken advantage of by social media, the mainstream media, and a sleaze bag attorney that is now sitting in prison somewhere, and all she got out of it was a debt to the guy she sued to the tune of $300,000, basically the same price for a modest home almost anywhere in the USA. And none of those people actually cared about her. They got what they wanted and they mostly swept her away to the ash bin of history once they were finished and moved on to the next thing because they're blood thirsty, mindless simpletons with an unthinking mob mentality worse than any village in a Frankenstein movie.

And this debt will follow her everywhere for the rest of her life, and I can guarantee you a chimpanzee like Donald Trump is not going to forget or let it go. Where is Stormy Daniels going to get $300,000?  She won't be able to finance a barely running Yugo. How long can you be a stripper? How many porn movies can you make those things don't pay as much as you might think - generally speaking - that's why you can watch those clips on the internet for free. Anyway, I wish her all the best and maybe if she's smart a settlement can be reached but I very much doubt it. Donald Trump has money and a lot of it. Even the low end estimates say he has more money than you will ever see, so what does $300,000 mean to him? Literally nothing. To him that's like losing $200 in a card game.

So good luck Stormy, I'm sure it will all work out.

Posted by Reverend Bobby at 8:41 AM