Back in March the world's first manned flight for a personal tricopter happened in Hungary and Star Wars nerds everywhere shit their pants.


On the manned flight, the Flike (think fly-bike) concept demonstrator had a takeoff weight of 210 kg (463 lb) and only made it off the ground for a few seconds, but took off and landed safely. In a subsequent manned test flight, the Flike fly meters off the ground, and was able to demonstrate hovering and maneuvering capabilities while compensating for wind in a controlled flight lasting one and a half minutes.

Sure it's cool and all if it ever works, or is sold to the oublic and doesn't cost $275,000 but do you really want to give people that don't know how to use turn signals a flying motorcycle that has a human sized blender attached to it on every corner? Maybe they should rethink this.
Posted by Reverend Bobby at 4:59 PM No comments: 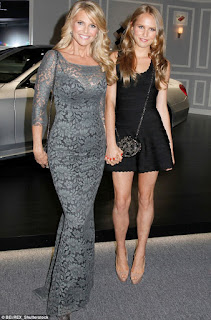 Here's a picture of 61 year old Christie Brinkley's 16 year old daughter (right) with her mom  hoping her boyfriend thinks she looks nice for the school dance.
Posted by Reverend Bobby at 4:24 PM No comments: 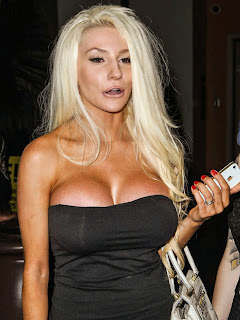 When I heard Courtney Stodden made a "solo" sex tape WHICH I HAVEN'T SEEN my first thought was "Gee 54 is a little old to start a career in pornography" and then I read that she actually turns 21 on August 29th.  But I guess I'm the only one that wouldn't bother watching this even for free because according to Vivid Entertainment 10,000 people signed up at $39.99 a piece to watch it and 20,000 people that already have subscriptions paid extra to see it, apparently unaware that there are at least 125 porn stars light years hotter than her with solo videos that are available for free like..

Silvia Saint
Viki Vette
Erica Bella
Nina Mercedez
Nicole Aniston
Savanna Sampson
And on and on and on...

And those are just a few off the top of my head but the list really is almost endless. I didn't include videos or links because you might be a delicate flower and I wouldn't want you to be offended and it was also a lot of work so fuck that. Besides I have a more complete list on my computer at home and I'm not there right now. They're  in a bookmark folder named Motorcycle Parts that I'll check later.

Thanks for the tip C!
Posted by Reverend Bobby at 5:01 PM No comments:

Push the Poor Thing Back Into the Water 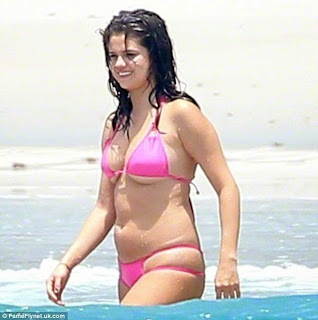 Selena Gomez is 22 years old now and like every other 22 year old she's discovered beer bongs and all night burger places. She defended her extra "curves" on Instagram by saying


I love being happy with me yall #theresmoretolove

Sure. More to love. You know what else is curvy? A beach ball.  Normally I couldn't possibly care less but celebrities that pack on the pounds piss me off. They have one job and that's to look good. That's it, that's number one on the list of things she does for work.  That's all she has to do is stay in shape. She probably only actually works four months out of the year can't she spend an hour a day taking a walk? And I say this because people must worship her for her looks because she has no other real talent that I'm aware of.
Posted by Reverend Bobby at 4:28 PM No comments: 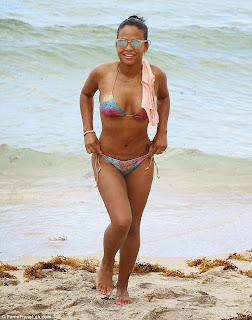 33 year old Singer/Dancer/TV Host/Social Media Correspondent/ Train Conductor Christina Milan was looking sexy on Miami Beach yesterday if your idea of sexy is a 17 year old that uses a fake ID to get into Scores Sports Bar to drink lite beer and eat wings every weekend while pretending to watch the game on TV then by all means have at her.

Posted by Reverend Bobby at 8:06 AM No comments:

Pierce Bronson is Better Than You 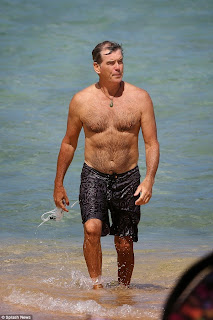 Pierce Brosnan was at the beach being 61 years old, better looking and in better shape than you. What are you even doing with your life? I don't mean me of course, In fact I think somebody slipped some handsome pills into my coffee
Posted by Reverend Bobby at 10:40 AM No comments: 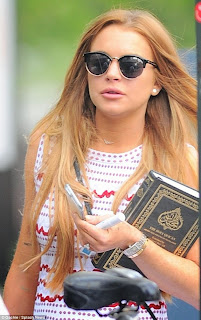 Lindsay Lohan was spotted carrying a Koran around Brooklyn, New York on Wednesday.  Why? Maybe she's on a top secret mission to join a radical mosque that's planning for war. Maybe she wants to broaden her horizons and learn about different religions, and cultures. Or more likely she looked at the title and thought it was a book about "kocaine"

'I'm a very spiritual person and I've become more spiritual as time has gone on,'

Oh well hey that's good. Plus from what I've heard, this book says it's okay to marry young girls so I suddenly don't feel so bad for thinking she was so hot when she looked like this and was also only 17. Don't look at me like that I'm just being spiritual.

Posted by Reverend Bobby at 12:14 PM No comments: 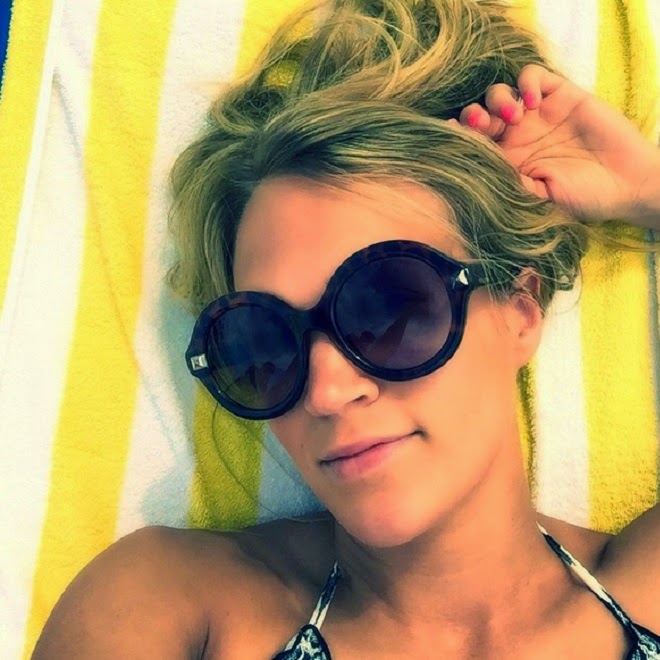 Carrie Underwood showed off her post baby bikini body by posting a selfie of just her face on Instagram . It's pretty amazing I can barley tell she was ever even pregnant. Are they sure she even had a baby?

As Cambio puts it...


She just posted a picture of herself in a bikini, and she looks smokin'! We don't need to see that proof anyway to know she looks good. Let's be real, she looks absolutely gorgeous no matter what size she is.


Please, this is an old Facebook trick. I had an ex once that posted one of those "from above" pictures that stretch you out and make you look slim but it was too late and by that time she had to use the Google Earth picture. Try laying off the deep fried corn fritters Beth.
Posted by Reverend Bobby at 4:53 PM No comments:

The Mayweather-vs-Pacquiao Fight is Tonight 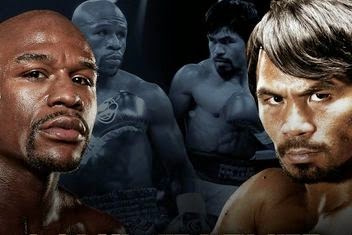 The so called Fight of the Century takes place between Floyd Mayweather and Manny Pacquiao tonight. I won't be watching it because boxing is dumb, plus it's $90 (!) on pay-per-view or $100 if you want it in high-definition for some reason. The details for the event are here if you're interested. I wouldn't pay $100 to watch Jesus Christ ride a unicycle down Main Street but whatever it's your money. Oh and could everyone please stop calling Manny Pacquiao a congressman. He's a congressman in the Philippines I bet everyone in the village gets to be a congressman at some point.
Posted by Reverend Bobby at 12:49 PM No comments: