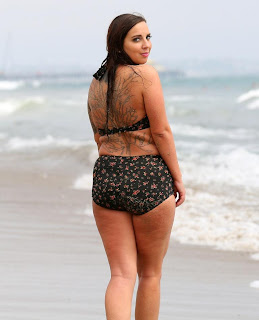 Democrat Anthony Weiner's sexting partner Sydney Leathers was involved in some kind of photo shoot for some reason.  Maybe because she values her privacy? I don't really know though because I can't imagine too many people actually want to see her in a bikini but there she is. I was going to make a joke about how Anthony Weiner had a fat one but I've never seen pictures of his penis so I didn't want people to get confused and think I was talking about her.
Posted by Reverend Bobby at 1:44 PM No comments: 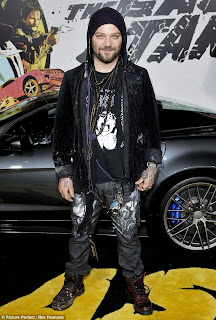 Bam Magera got pinched in Iceland for trashing a rental car, because I guess now Iceland has a police force, and Bam Majora broke the law. It was reported he caused $8,000 in damage to a rental car.

Here's the TMZ link if you're interested otherwise just read this...

...basically, Bam allegedly rented a Toyota Landcruiser from Hertz when he visited the country back in 2012.  According to officials, Bam returned the car in TERRIBLE shape 5 days after the rental period was over -- but never paid for the damage, fees and other costs associated with the ride.  Then, he left the country ...

Bam  Marrerra was "on tour" in Iceland for some reason. Why? I'm not really sure but I bet he was showing off his new clothing line that I'm guessing he's calling "1994".
Posted by Reverend Bobby at 3:38 PM No comments: 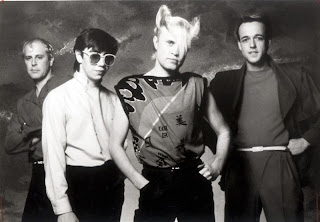 Remember Flock of Seagulls? Sure you do. Well not only are they still alive but they're also still 'touring'. But some forward thinking citizen tried to put a stop to all that nonsense by stealing all of their stuff from the high end Comfort Inn where they were staying because they were playing a free show in Downey, California where officials estimate- I swear to God - 4,000 people were in attendance...


Singer Mike Score estimated that the contents in the van are worth as much as $70,000, including about $10,000 worth of high-end stage clothes inside the van. The van also contained some of their cell phones, studio equipment and band merchandise. "Somebody just broke into it, stole our whole van with all our equipment, clothing, band gear, cellphones, everything you need when you're on the road -- all your good stuff, all your good clothes, a bunch of expensive band equipment," he said. "A lot of stuff that's really irreplaceable."

All your "Good clothes?"  This is Flock of Seagulls we're talking about right? I don't know what part of this story is harder to believe. That somebody can just walk of with $70,000 worth of musical equipment without being noticed, that they actually owned $70,000 worth of equipment or that 4,000 people want to see Flock of Seagulls, even for free.

Email ThisBlogThis!Share to TwitterShare to FacebookShare to Pinterest
Labels: Flock of Seagulls, Has Beens 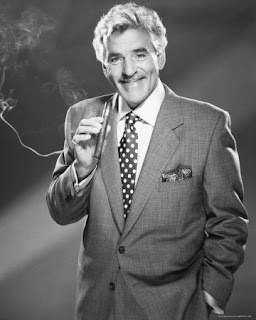 
Farina died Monday morning in a Scottsdale, Ariz., hospital after suffering a blood clot in his lung, according to his publicist, Lori De Waal. He was 69.

Being from Chicago and knowing some actual Chicago cops, which was what he did for almost 20 years before becoming an actor, I can tell you that there are about a million Dennis Farinas here. So you feel like you know him because if you know one, you pretty much know them all.  No nonsense type guys that'll tell you how it is without sparing your feelings because fuck you if you can't take it, what are you some kind of a pussy?

He also had a very bit part in Thief, one of my all time favorite movies. You have to look carefully because if you aren't looking for him you probably won't recognize him.  The guy you see in the movie was very likely the guy in real life. It's too bad.
Posted by Reverend Bobby at 1:36 PM 1 comment:

Get To the Aero-Mobile!


On June 13th, 2013, the AeroVelo Atlas Human-Powered Helicopter captured the long standing AHS Sikorsky Prize with a flight lasting 64.1 seconds and reaching an altitude of 3.3 metres.

And thank God too because it's not a minute to soon.  Now maybe we can come up with a way to power it that somehow doesn't require humans. Maybe a team of mules? Or dare to dream? - even that internal combustion engine we've been hearing so much about?  $250,000 is a lot of money and now they can all buy reliable modern transportation and they won't have to ride to work on one of those bikes with the big wheel in front. Of course it'll also buy a lot of spatz, and top hats too in case you've dirtied yours while beating your servants. At least now the mail deliverer can finally get my wireless telegram to Burma in reasonable time, and not traveling by steam ship means they won't have to worry about being torpedoed by U-boats, or attacked by sea monsters along  the way.
Posted by Reverend Bobby at 11:13 AM No comments:

Email ThisBlogThis!Share to TwitterShare to FacebookShare to Pinterest
Labels: Science! 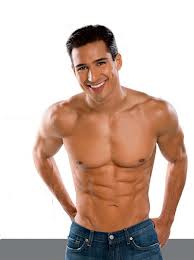 I know I'm as surprised as you are. But apparently he's having a baby. Or more accurately his wife is.  I wasn't as shocked that he isn't gay as I was by the fact that he's still alive.
Posted by Reverend Bobby at 5:07 PM No comments: