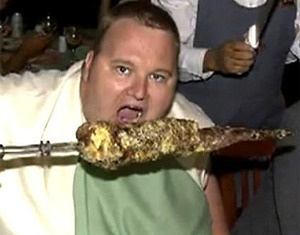 I'm sure everyone's heard by now of king sized super villain Kim Dotcom. The Megaupload founder who's had a run of bad luck lately, when he was arrested for doing something besides sweating, smelling like cheese (probably) and having sex with a woman that otherwise wouldn't piss on him if he was on fire except for the little fact that he personally earned $115,000 a day.

Kim Dotcom, the man atop what federal prosecutors allege is a $175 million worldwide Internet piracy operation, passed his 38th birthday this weekend in a New Zealand jail awaiting a court appearance today on charges prosecutors brought from a grand jury in U.S. District Court in Virginia.

But the worst part of all of this - besides losing a parking lot full of cars, a house big enough for a really fat guy, a plane, and a mildly hot wife for a guy as rich as he was - as I hear it on the internet is that he's gonna lose his lofty position as the number one rank in Call of Duty Something Something.

Dotcom, plays Call of Duty: Modern Warfare 3 under the name MEGARACER. And on New Year's Eve, MEGARACER managed to become the number 1 ranked player in the world -- no small feat for a game that sold over 15 million copies (and no small irony, considering he ran a site responsible for sharing illegal copies of the game).Thanks to his brush with the law, however, he's slipped to the number 2 spot, usurped by a most-definitely-not-in-jail gamer named Azaros. Seeing as how Dotcom's been denied bail -- he's been deemed an 'extreme flight risk' -- it looks like Azaros' score is pretty safe for now.

Wow. At home on New Year's Eve playing a video game. A far cry from my original vision of him in his cavernous lair planning ways to dominate the planet surrounded by Dobermans, and henchmen and instead he's sitting on a flattened chair surrounded by Mountain Dew and Doritos bags. But wait! That might just come in handy! Because his defense lawyer claims he's just too damned fat to be a flight risk!

"He is not the sort of person who will pass unnoticed through our customs and immigration lines and controls,' said lawyer, Paul Davison"

I would guess he probably wouldn't pass "through" anything. But at least the internet, shitty music, and movies are safe from being passed around for free. Oh. Well that was fast.

Khloe Kardashian is Adopted or Something 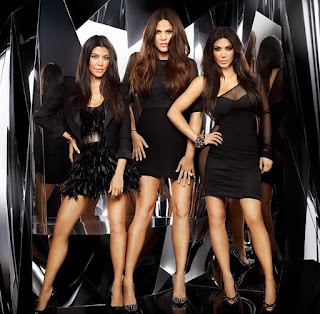 No not really, but what will probably come as a huge surprise to anybody without two functioning eyeballs, and zero common sense, it turns out that Khloe might actually have a different father/mother than her sisters.

And no the Yeti hasn't stepped forward demanding a paternity test. Hurray for easy, worn out jokes!

More drama erupted for Kim Kardashian and her family, as the ex-wife of her late father today claimed Kim's sister Khloe was not his daughter.  Two of Robert Kardashian's ex-wives have come forward saying he confided him them that he was unsure of the paternity of the now-27-year-old. Jan Ashley, who married the businessman after Khloe's mother Kris Jenner, said: 'Khloe is not his kid -- he told me that after we got married.' And Ellen Pierson, 63, who married Robert in 2003 just two months before his death, has also come forward after eight years of silence to 'tell the truth' about the Kardashian family.

I don't know what anyone's talking about in this story. So Khloe isn't Robert's daughter? Or she isn't the daughter of one of the women?  I would think a woman would know if she gave birth to a baby. But women have always been a mystery to me so I'm not sure how any of that works. My mom says babies are left in the mailbox and someday when I meet a girl that doesn't have to be inflated, I'll ask her.
Posted by Reverend Bobby at 12:24 PM 7 comments:

Aretha Franklin Is Off The Market 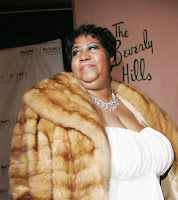 Aretha Franklin is talking about her dream wedding.  My guess is it involves lots, and lots of cake. She says she wants "someone to lean on".  Probably because the 2x6's couldn't take it anymore.
Posted by Reverend Bobby at 10:48 AM 2 comments: 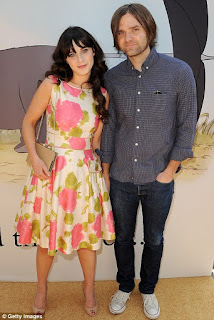 The hottest member of a murderous cult (hipsters) has filed for divorce from it's de facto leader Charles Manson.


Deschanel and her musician husband Ben Gibbard announced their shocking split two months ago, and now the couple has made it official and filed for divorce.

Oh. It's not Charlie. It's... Ben Gibbard?  But the best part of a divorce is we can see how much money she makes...

In the world of celebrity, that doesn't seem like a whole lot. But I'm not even sure exactly what Zooey Deschanel does, so getting $95,000 a month for it seems like a pretty good deal for her. On the plus side she doesn't have to pay for everybody's LSD anymore. Hey maybe she can get together with Katy Perry and start a lesbian affair so a bunch of internet dorks heads will explode. This place needs a good herd thinning about now anyway.

Posted by Reverend Bobby at 7:45 AM No comments: 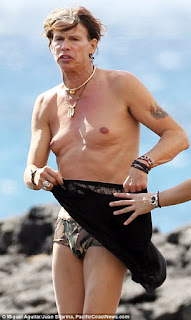 Steven Tyler was in Hawaii getting married, and showing off a pretty nice rack. I would say he's a 63 year old man so give him a break but Aerosmith sucks and they haven't released a good album in at least 30 years so fuck him.
Posted by Reverend Bobby at 5:16 PM 6 comments: