Pippa Middleton showed up at a fancy dress ball that I thought only happened in the movies in the 1950's for some french dude (?) named Viscount Arthur de Soultrai. Unfortunately for her she thought she was going to be an extra in a Cinderella reunion video.  On the other hand the EU is one huge nanny state which is lucky for her because Aqua Net has been outlawed because Muslims think it's too "Western" so she didn't show up with huge crimped up 80's hair.
Posted by Reverend Bobby at 5:55 PM No comments:

Are You Preparing for the End...? 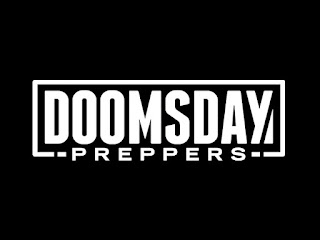 Because I am not.

Despite what most prepper "types" would have you believe, there will likely be some kind of advanced notice.  Even if it's just a few hours. But that might be enough. The world is now on a 24 hour news cycle and we can learn in a few seconds about a terrorist attack that takes place in even the most remote parts of the world. But what I am going to do if I start to see hints of the coming apocalypse is start joining up with prepper internet groups. I'll try for local groups that are close to me, and I'll let them do all the work stock piling food, weapons, etc.

And then I'll wait. And I'll watch.

Oh they might last a few days, or weeks cooped up in their little bunkers with all of their prepackaged food and whatnot, but at some point they'll have to go outside for some reason, whether it be for fresh air, water, sunlight, or just to see what is happening. And outside is where the real survivors will be. There's an old saying criminals on the run/terrorists have, and that's... "We only have to be lucky once, you have to be lucky all the time.” Hunkered down "preppers" will have to be lucky all day, every day. Every single day. And they won't be that lucky. No one is. It's the people that have learned to live and survive outside that will rule the wastelands.

When I watch "Doomsday Preppers" on TV, I'm struck by the common thread with all the preppers that, when "the shit hits the fan" - as they seem all too happy to say over, and over again - they think they will survive somehow and the poor rabble that was unprepared and is lucky enough to survive will come to them, and it's the preppers that will dole out the food, and water, and be the ones that help the world and be everybody's saviors. But I'll be honest. If I show up at a prepper's front door it won't be so they can be my savior. It will be because I want to kill and eat them. And I will.

What really made all of this click for me, was an episode of "Doomsday Preppers", where there was a woman that survived through the whole Khmer Rouge/Pol Pot thing, and was now married to a dentist or doctor and could barely hide her contempt for all of his prepping activities, and all but declared what a waste of time it all was because she'd been there and it doesn't work. Maybe we'll be lucky and we'll never have to find out if all this prepping is a waste of time. But if something happens, and I survive the initial catastrophe and the preppers are ready for it, I'll be ready too. So sleep tight!

I'll be watching you.
Posted by Reverend Bobby at 4:24 PM 2 comments: