Mila and Austin Kutcher Had a Baby 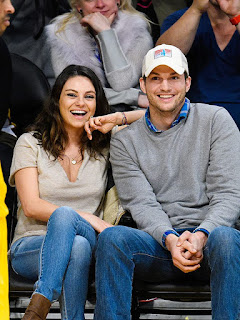 Noted celebrity halfwits Mila Kunis and Justin Kutcher have revealed the name of their newborn baby. It's Dimitri. That's right Dimitri. I guess they hope he'll grow up to be the leader of the Russian mafia. And I just realized I called him Justin instead of Ashton but seriously, what difference does it make.