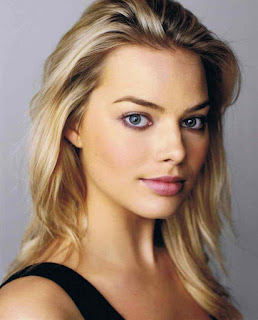 I just read an article where they asked "Who will be the next Margot Robbie?" and since I don't know who Margot Robbie is I figured she was some starlet that OD'd at a Playboy Mansion orgy in the 70's and they were looking for someone new to take her place in Hollywood. You know what I mean? It turns out she isn't dead. I have no idea what they're talking about there's her picture right there.  I don't know why she needs replacing. And I still don't know who she is. Maybe they long for the good old days when she was in quirky independent movies or something. You know, like way back in 2008. And a cute blonde in Hollywood? You'd think anyone they chose to replace her would stick out like a sore thumb

Posted by Reverend Bobby at 7:23 PM